10 Years of Suffering in Syria 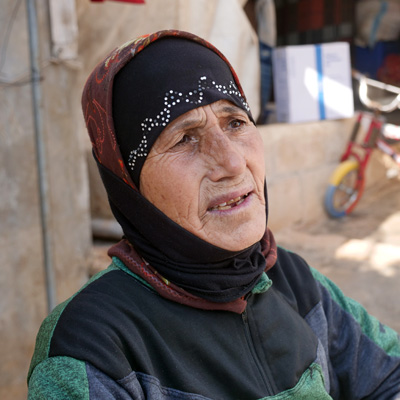 “My life was not easy ten years ago before the war started.” Um Hazem, a mother of 9 adult children who she raised alone after her husband abandoned the family. She worked as a farm laborer and pieced together a life of hard work and dedication to her children. “I had my own little house and we were fine until the air raids forced us out. I can’t go back to my home…it’s been destroyed.” Those same air strikes killed one of her sons and left her three orphaned grandchildren to support when their mother was unable to keep them with her. Um Hazen told us that the food basket we deliver to her each month is more than she could ever provide alone in her elderly years, “It’s a great help that keeps my little ones fed.”

The war in Syria has created or worsened the dysfunction, tragedy and loss that plague women like Um Hazem. Northwestern Syria has an estimated 2.7million internally displaced persons, most of whom are crowded into tent camps, vulnerable to the elements, merciless government attacks and hopeless poverty.

Like Um Hazem, most Syrians thought that they would be able to return to their homes, farms and jobs within months, expecting things to change or go back to normal. Instead, they have been pushed tighter and tighter up against the border with Turkey, forcing them to cope with a continuous hopeless existence that has become “normal”. 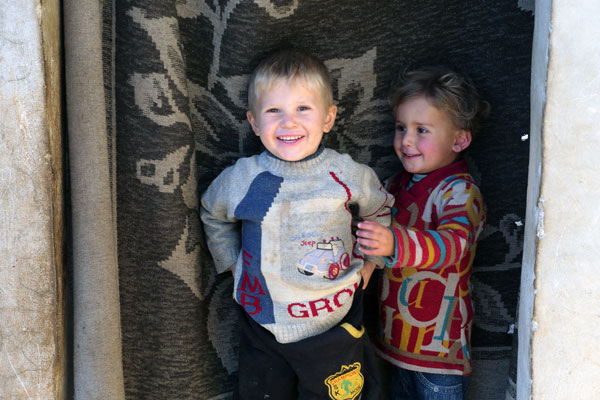 Children are growing up never knowing what four walls and a warm bed feels like. They often have no school, instead, they run barefoot through muddy lanes in winter or get eaten alive by sand flies in the summer. Fathers go out each day looking for work only to return most days with nothing. A mother starves herself to feed her older children only to have her breastmilk dry up. COVID-19 barely registers in their minds when the looming lack of food and shelter stares them down each day. 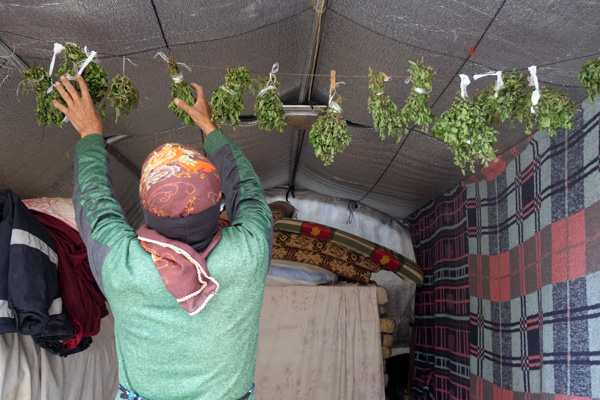 This is what ten years of war has done to a society of farmers and working-class folks who lived in this rustic part of Syria. Those with education and skills have made their way out to other parts, leaving the most poor and desperate behind.

Mercy-USA for Aid and Development has been on the ground in Syria since 2012. We provide food, shelter, winter heat, nutrition support and healthcare. This assistance includes covering the daily food needs for approximately 250,000 individuals living in northwestern Syria. We also operate a stationary health clinic, as well as mobile health and nutrition teams that provide outreach care to the most vulnerable in the camps–women and their young children. We run a comprehensive winterization campaign each year, distributing stoves and fuel in an effort to keep pace with the growing demand for warmth in uninsulated tent homes. Work that we hoped by now would transition into sustainable development projects has only deepened to respond to a seemingly never-ending crisis response. Thankfully, individual donors and major partners like the World Food Programme (WFP), USAID’s Bureau for Humanitarian Assistance (BHA), the UN Office for the Coordination of Humanitarian Affairs (OCHA), and other United Nations granting agencies support Mercy-USA and we’re rising to the need on the ground as we mark this sad anniversary.

Your gift for Syria will go directly to families like Um Hazem’s. Please donate today.